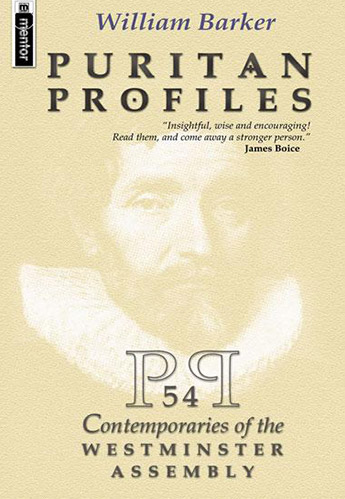 The history of seventeenth century England was tumultuous. During this period England underwent a civil war, a regicide, an experiment with republican government, a restoration of monarchy and constant upheavals in politics and religion. What a confusing period! As the century began Puritans were poised against Episcopalians, parliament against the forces of an absolutist monarchy and the question hung in the air – what kind of Christian expression would be the Church of England eventually reflect?

“C. S. Lewis once accused our age of ‘chronological snobbery’ for failing to learn from or value the past, but no one will be able to remain snobbish after reading Dr. Barker’s splendid vignettes on these great Puritan divines. His studies are insightful, wise and encouraging! Read them, and come away a stronger person.”  ~ James Boice, Tenth Presbyterian Church, Philadelphia

“Will Barker’s love of biography, historian’s eye for detail, his personal devotion to Christ and Scripture make these pages an expertly guided tour of the varied characters and remarkable personalities drawn together by the Westminster Assembly.” ~ Sinclair Ferguson, Tron Kirk, Glasgow