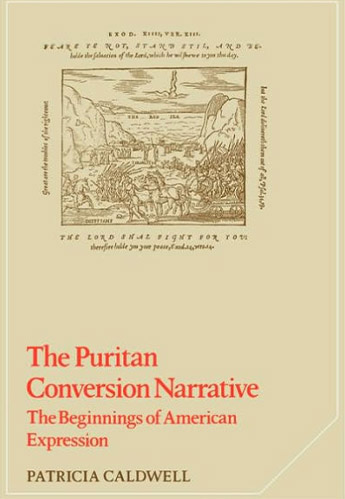 The Puritan Conversion Narrative: The Beginnings of American Expression

This book explores the testimonies of spiritual experience delivered by puritans in the mid-seventeenth century in order to qualify for membership of their local churches.

In the mid-seventeenth century, persons on both sides of the Atlantic wishing to join a Puritan church had to appear before all of its members and tell the story of their religious conversion – in effect, to give convincing verbal evidence that their souls were saved. New England’s Puritans widely adopted this practice, and in this book Patricia Caldwell attempts to unravel the mystery of this procedure by viewing it as a literary phenomenon that met the special imaginative and expressive needs of troubled people in a time of great turmoil. In the first comparative reading of conversion stories as literary expression, Caldwell shows that these symbolic and deeply religious narratives represent ‘the first faint murmurings of a truly American voice’.