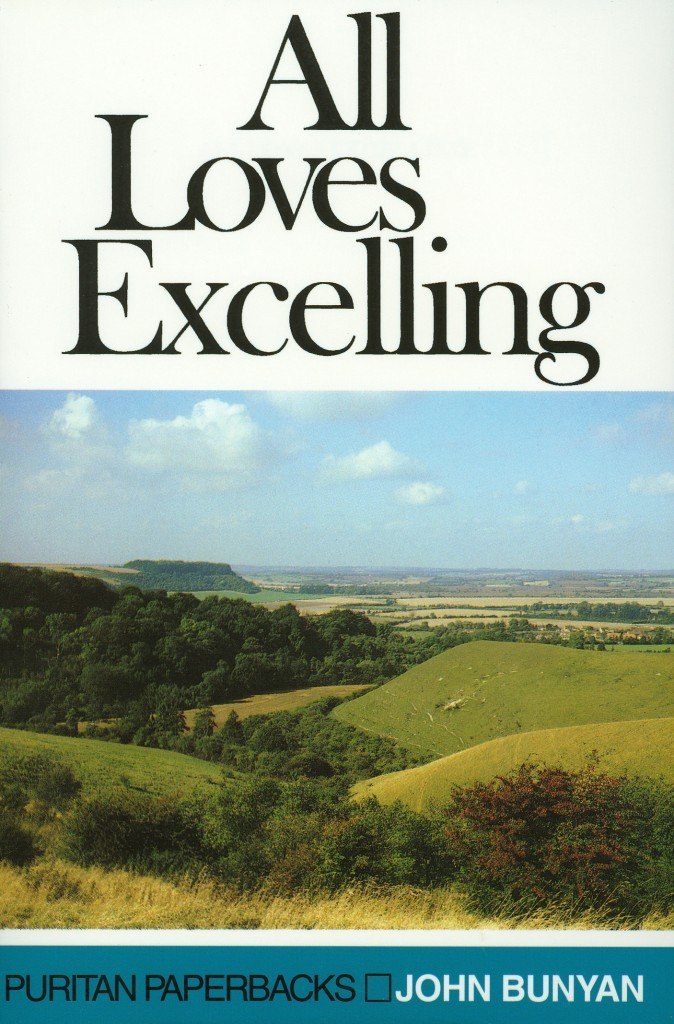 All Loves Excelling: The Saints’ Knowledge of Christ’s Love by John Bunyan

This is a new edition of John Bunyan’s treatise on Ephesians 3:17b-19 which he himself prepared for the press.

It is taken from the second volume of Bunyan’s works (George Offor edition) which was re-published by Banner of Truth in 1991. The text remains largely unaltered but slight adjustments have been made in order to accommodate the arrangement of the material into chapters. Even these divisions, however, correspond to Bunyan’s own layout of his material. A detailed breakdown of the structure of Bunyan’s meditation on the greatness of the love of Christ is found at the end of this book by way of an appendix.

This subject matter of this work which was first preached, is greatly needed today. On the one hand, experiences of the Spirit are being claimed from which the glory of the redeemer and the wonder of his love are quite absent, while on the other, an almost total attention to the understanding and practicing of scripture truth is having the effect of marginalizing the experiential element in true, spiritual knowledge.

Bunyan’s description of Christ’s love to believers and how they ought to know it, cuts in both the above-mentioned directions. From some 440 Bible references he shows how knowing Christ’s love is the message of Scripture and also the essence of heaven, partly possessed and expressed on earth. Those who know it are rich beyond measure and they are the people who ‘sweeten the churches and bring glory to God and to religion’.

John Bunyan (1628-88) was born the son of a metalworker near Bedford, England. He went on to become a famous preacher and writer. During his life he penned over 2 million words, his most famous work being The Pilgrim’s Progress.