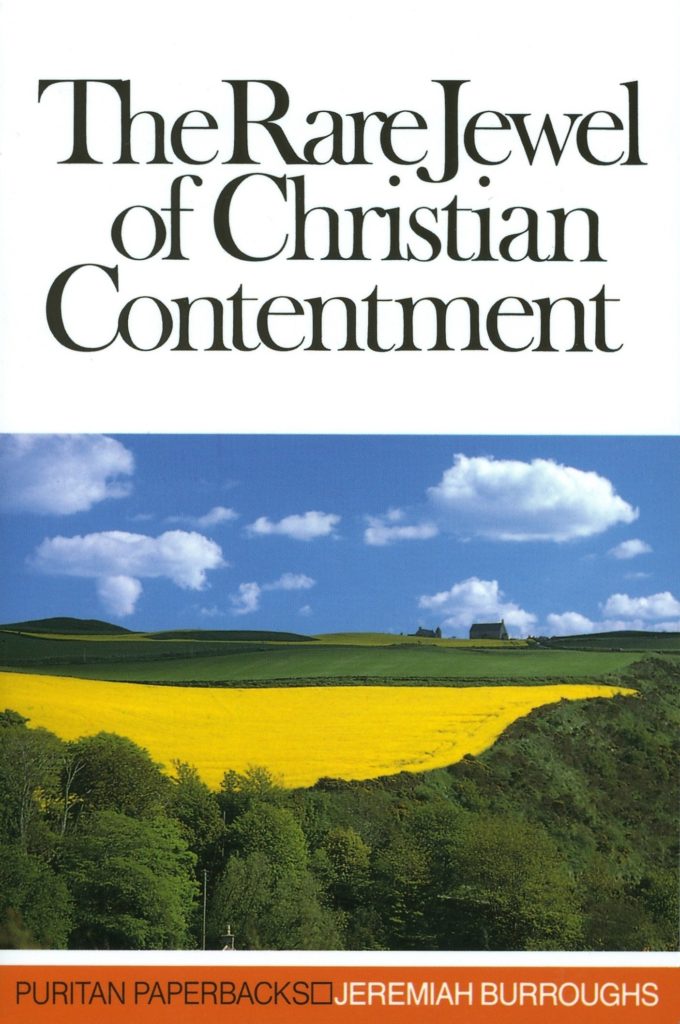 The Rare Jewell of Christian Contentment by Jeremiah Burroughs

Burroughs’ writings, some published before and others after his death, were numerous, but The Rare Jewel of Christian Contentment is one of the most valuable of them all.

Its author was much concerned to promote:

The Rare Jewel concentrates upon this second aim. It is marked by sanity, clarity, aptness of illustration, and warmth of appeal to the heart. “There is an ark that you may come into, and no men in the world may live such comfortable, cheerful and contented lives as the saints of God.” Burroughs presses his lesson home with all the fervor and cogency of a true and faithful minister of God. Includes a Biographical Introduction by Michael Boland.

Jeremiah Burroughs (1599-1646), was a graduate of Emmanuel College, Cambridge, and for four years the ‘teacher’ of an English congregation in Rotterdam, to which place he had fled from the Laudian persecution in the 1630s. After his return from exile in 1641 he became ‘Gospel preacher’ to ‘two of the greatest congregations in England, viz: Stepney and Cripplegate’ (London). He is worthily reckoned as belonging to the front rank of English puritan preachers. As such he played a prominent part in the Westminster Assembly of divines, but died prematurely before the Assembly’s work was concluded.

Contentment is the Inward, Quiet, Gracious Frame of Spirit

It is very rarely that one affliction comes alone; commonly, afflictions are not single things, but they come one upon the neck of another. God may strike one man in…
Read More
November 8, 2012 in Rare Jewel of Christian Contentment

Submitting to God in Affliction

Many men and women will in general say that they must submit to God in affliction; I suppose that if you were to go now from one end of this…
Read More
November 7, 2012 in Rare Jewel of Christian Contentment

The Difference Between Natural and Spiritual Contentment

I will give you just one mark of the difference between a man or woman who is content in a natural way and one who is contention a spiritual way:…
Read More