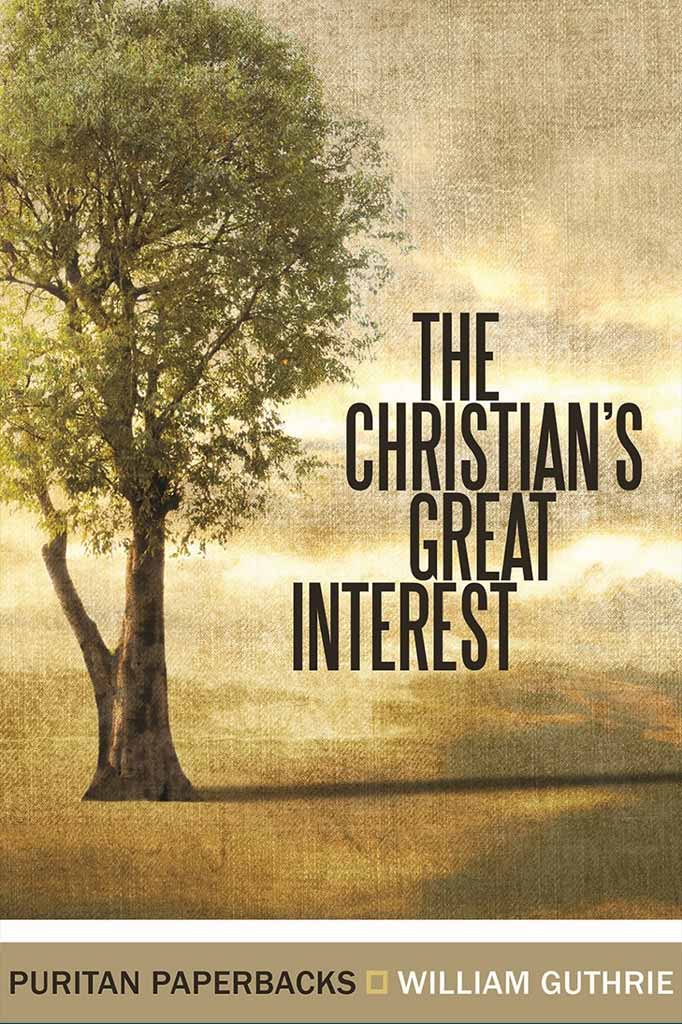 All of Guthrie’s teaching and pastoral experience were poured into this work – his only book.

The remarkable fact that it has gone through more than eighty editions and been translated into several languages testifies to its value. Pulling a copy of Guthrie’s book from his picket, John Owen declared ‘That author I take to have been one of the greatest divines that ever wrote’/ Thomas Chalmers described it as ‘the best book I ever read’.

The Christian’s Great Interest was written, its author says, for those who ‘have neither much money to spend upon books, nor much time to spare in reading’. It describes in a simple, clear and attractive style what it means to be a Christian, and how to become one. Guthrie was a master spiritual physician, and his wisdom appears on every page of his outstanding work.

William Gutherie (1620-1669) was minister of Fenwick, Ayrshire, from 1650-1664. During his ministry, according to one contemporary, ‘he converted and confirmed many thousand souls, and was esteemed the greatest practical preacher in Scotland’.