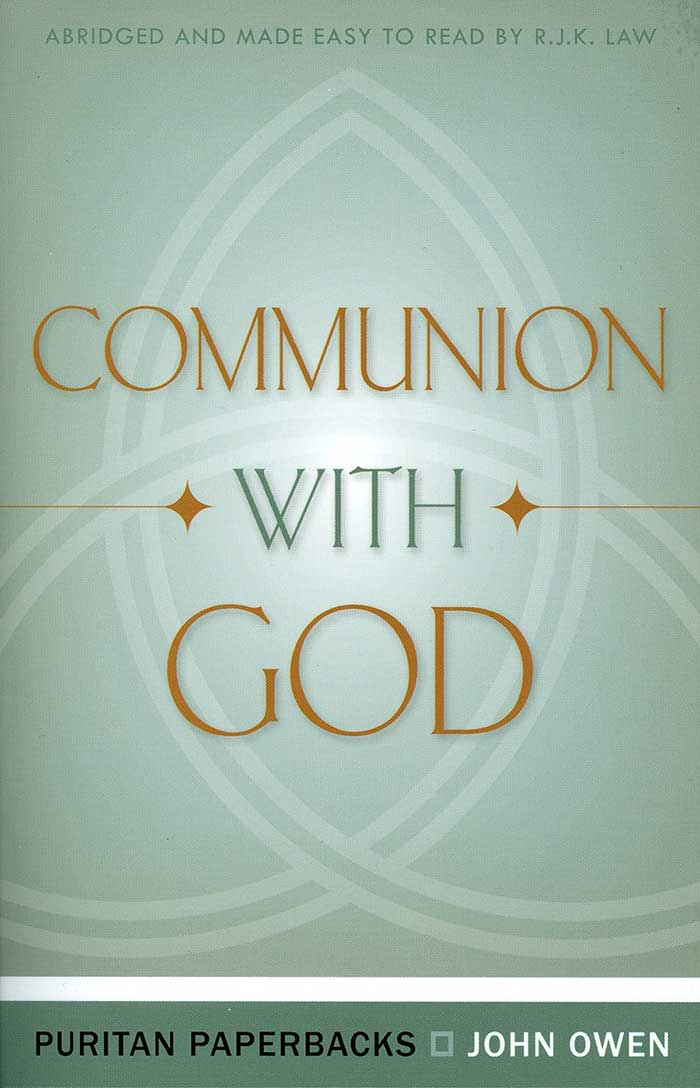 Communion with God by John Owen

John Owen believed that communion with God lies at the heart of the Christian life.

With Paul he recognized that through the Son we have access by the Spirit to the Father. He never lost the sense of amazement expressed by John: ‘Our fellowship is with the Father and with his Son, Jesus Christ’. In this outstanding book he explains the nature of this communion and describes the many privileges it brings.

Communion with God was written in a day, like our own, when the doctrine of the Trinity was under attack and the Christian faith was being reduced either to rationalism on the one hand or mysticism on the other. His exposition shows that nothing is more vital to spiritual well-being than a practical knowledge of what this doctrine means.

Until now, Communion With God has been read by only small numbers of Christians with access to the 275 closely-printed pages in The Works of John Owen. Now Dr. R. J. K. Law has produced a splendidly readable abridgment of one of the greatest Christian classics of all time, bringing Owen’s rich teaching to a much wider readership.

About the Editor: R. J. K. Law qualified as a medical doctor at St. Thomas’ Hospital but later entered the Anglican ministry. He ministers in four parishes in Devon and is married with four children.