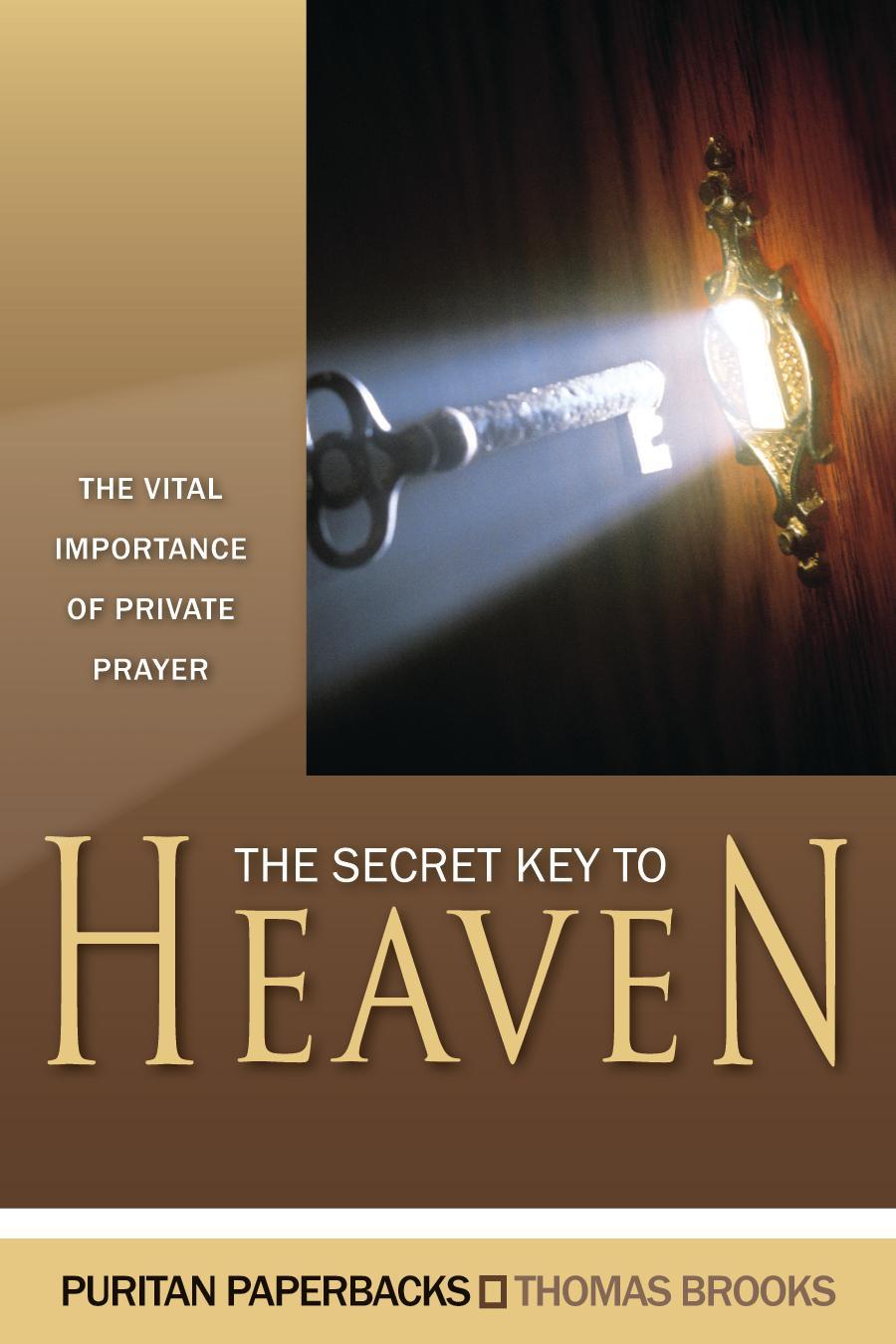 The Secret Key to Heaven by Thomas Brooks

Focusing on our Lord’s words about “closet-prayer” in Matthew 6:6, Brooks gives us a masterful treatment of a vitally important aspect of Christian’s living.

“The power of religion and godliness lives, thrives, or dies, as closet prayer lives, thrives, or dies.” This was the deeply held conviction of Thomas Brooks. As a pastor who knew his people well, he feared that many Christians do not understand the “necessity, excellency, and usefulness” of private prayer, and that many live in “too great a neglect of this indispensable duty.” His aim is intensely practical, “to preserve and keep up the power of religion and godliness both in men’s houses, hearts, and lives.”

Thomas Brooks (1608-80), entered Emmanuel College, Cambridge in 1625. After a number of years at sea, probably as a chaplain, he was licensed as a preacher of the gospel by 1640. After the Civil War, Brooks became minister at Thomas Apostle’s, London, and was sufficiently well-known to be chosen to preach before the House of Commons on December 26, 1648. In 1662 he fell victim to the notorious Act of Uniformity, but he seems to have remained in his parish and preached as opportunity arose. He married for second time in 1677 or 78, but died only two years later.