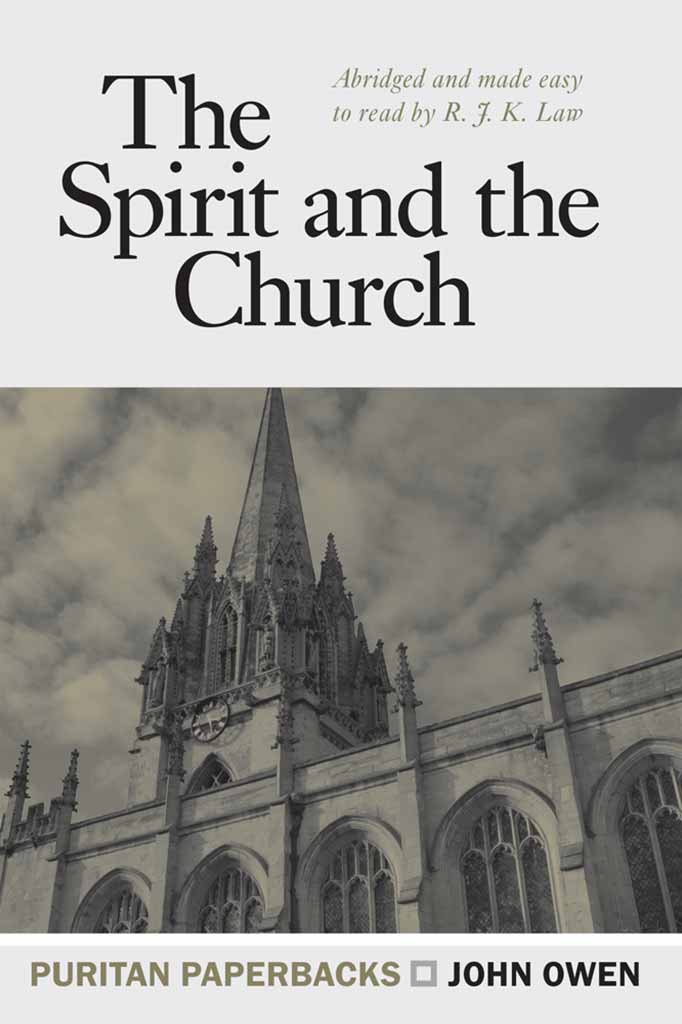 The Spirit and the Church by John Owen

How do Christians come to the certainty that the Bible is the Word of God, and gain an understanding of His mind and will from it?

How do they acquire the ability to pray, and lead others in prayer? How are they confronted and supported in all the difficulties they meet? And how can the church be led, taught and guided aright, when Christ is not here on earth. According to the great puritan leader John Owen, the answer to all these questions is the same: by the gracious and powerful work of the Holy Spirit.

He it is who convinces, assures, teaches, comforts and equips the church and all its members for all the work they are called to do. In an age when many think Christianity is nothing more than human effort, based on fallible human conclusions, Owen calls the church back to divine certainty and divine resources.

The style in which the Puritans wrote can present difficulties for modern readers, but this updated abridgment by Dr. R. J. K. Law will allow Owen to speak to Christians today on a theme which remains as vitally important for the well-being of the church in the twenty-first century as it was when Owen first wrote.